Hampi Festival or Mahotsav is a celebration of cultural traditions and remembrance of the past than a religious festival. Therefore there is no fixed date of its celebration according to any calendar. The celebrations take place for three days. However, being a cultural event and one that is organised by the state, the festival is scheduled according to the time deemed best by the government of Karnataka.

However, the city has now lost its charm and regains its lost glory only during the Hampi Mahotsav. At this time of the year, when the Hampi Mahotsav is about to take place, then every person living here starts feeling the vitality in their life and everyone starts feeling a sense of joy in their hearts. This festival is organized with the intention of inculcating enthusiasm in the minds of the people. 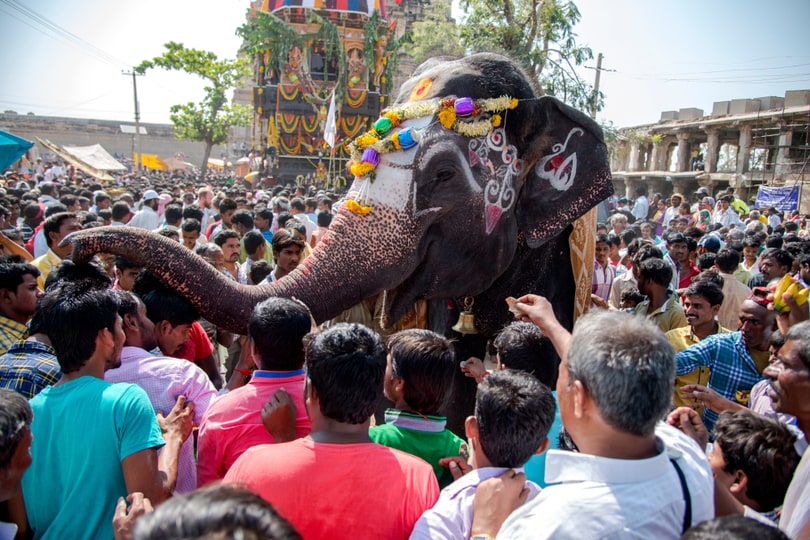 Diversity of the Mahotsav

The festival is also expected to see a lot of dance and music performances and some loudly prepared plays along with puppet shows. During the festival, the sky is lit with fireworks and people take out processions on the streets.
In short, to make this three-day festival enjoyable and fun, it has all the necessary activities that it needs to attract the tourists here at the moment.

The Hampi Festival also known as Vijaya Utsav. It is celebrated with great enthusiasm and fervor. This festival is no less than a cultural festival and it makes the whole atmosphere quite vibrant and colourful.

Here the vibrant handicrafts and puppets are displayed in a very creative manner in this festival. Due to all these major activities, this festival is considered as one of the most wonderful and attractive tourist places to visit with your loved ones. It is organized by the Government of Karnataka and attracts a large number of people across the Indian subcontinent. 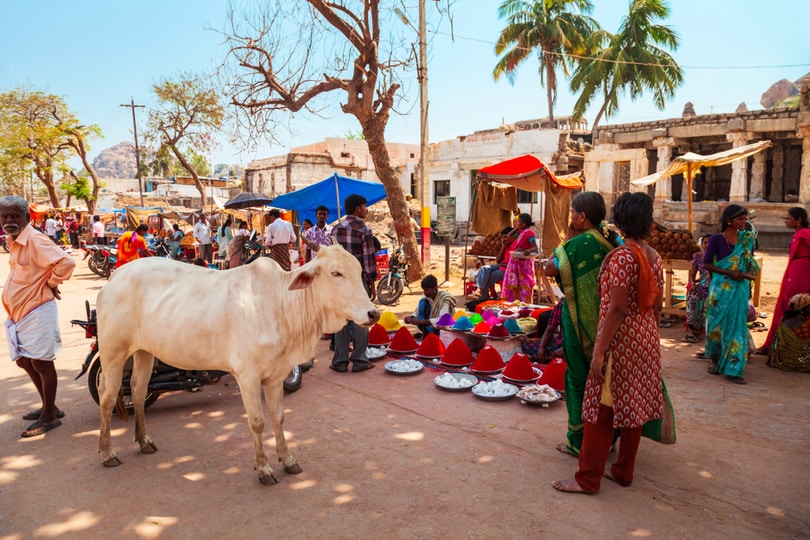 Hampi Bazaar is a unique attraction of Hampi. Located in front of the Virupaksha Temple, the Hampi Bazaar is a well-known marketplace that spreads for more than one kilometre. The road passing through the market has a series of old pavilions on both sides.
The place used to be a thriving market during the days of the Vijayanagara Empire. Though the market has lost much of its sheen and significance, it is still popular among tourists. 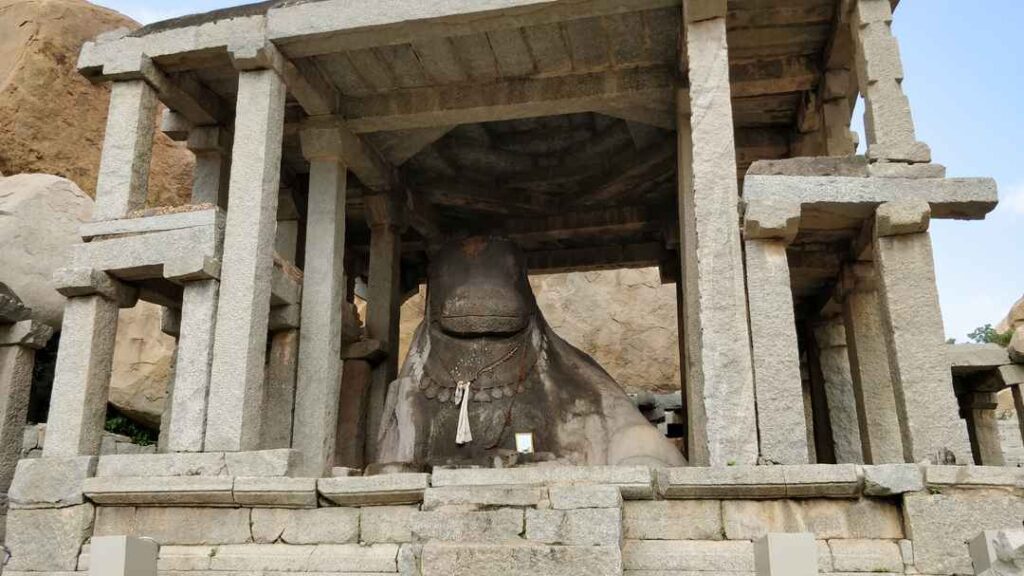 Also known as Yeduru Basavanna or Nandi, the monolithic bull marks the east end of the Virupaksha Bazaar. A heap of gigantic boulders offers an interesting backdrop.
Nandi is a huge sculpture of a monolithic bull. It is located at the east end of the Virupaksha Bazaar in Hampi. The sculpture is known and admired for its astonishing size. The simple sculpture has been standing in Hampi for more than 500 years now. It is one of the prominent sculptures in the ruined town of Hampi and is a huge attraction among tourists.

How To Reach Hampi

By Air – The nearest airport from Hampi is Belgaum Airport and it is located at a distance of about 270 km. There are direct flights to the airport that operate from major cities like Delhi and Mumbai. From there you can catch a taxi or any other mode of transport to reach Hampi.

Road Travel Route – The overall connectivity of this place through the road network is quite good. Thus, there are many options to travel to Hampi via a road that tourists and travellers can choose from as per their convenience.

By Rail – Hospet is the nearest railhead located at a distance of 13 km from Hampi as there is no other railway station in Hampi. After reaching Hospet railway station, you will have to take a taxi or some other means of transport.

2 thoughts on “Hampi Mahotsav: Glory of the Hampi”